Since the launch of the OnePlus 3T, the global technology giant’s ‘T’ nomenclature has represented a holistic performance upgrade for smartphone users as new devices have been focused on big upgrades in performance. The latest addition to the ‘T’ series – the newly- launched OnePlus 10T 5G – ticks all the boxes for a high-performance smartphone as it successfully doubles up as a handheld device to check emails, take notes, make networking calls and even unwind at the end of the day with a best-seller game.

Read on to know what drives OnePlus 10T 5G, a smartphone that has evolved well beyond just speed.

At the heart of the OnePlus 10T 5G is the Snapdragon 8+ Gen 1 Mobile Platform which offers up to 3.2 GHz peak CPU speeds with 30 per cent improved CPU efficiency. This allows you to load multiple applications and shuffle between them with ease, whether it is for work or for play. On the connectivity front, the OnePlus 10T 5G supports 5G speeds up to 10 Gbps along with more networks, frequencies, and bandwidths across the globe, thanks to the 4 th Gen Snapdragon X65 5G Modern-RF System fitted inside the Snapdragon 8+ Gen 1 Mobile Platform.

A real test of performance of a smartphone is in its gaming prowess, where the OnePlus 10T 5G rates very high. The chipset has an improved Qualcomm Adreno GPU with up to 10 per cent faster GPU clock speeds and support for HDR gaming with a 30 per cent improvement in GPU power efficiency and the HyperBoost Gaming Engine which powers three features – General Performance Adapter (GPA) Frame Stabiliser, GPU Load Control (GLC) and LSTouch – that make your gaming experience smoother, more responsive, more stable and with lower power consumption.

The OnePlus 10T 5G chipset also brings with it with 16GB of LPDDR5 RAM and up to 256 GB of UFS 3.1 two-lane storage. Furthermore, with a series of memory optimizations, the smartphone with 16 GB of RAM and 256 GB of storage can suspend over 35 applications at the same time to offer users a faster, smoother and uninterrupted experience.

This smartphone is powered by a 4,800 mAh dual cell battery with a 7C rating, which supports a higher battery current through which you can charge it at faster charging speeds.

To give you more power to perform better, the battery is designed to last for about 26 hours on a single charge based on the Day of Use (DoU) model of OnePlus.

The smartphone battery supports the 150W SUPERVOOC Endurance Edition charging which can fully charge the phone from 1-100 per cent in all of 19 minutes and offer a full day’s charge in just 10 minutes. This also supports the Battery Health Engine feature that is designed to extend the lifespan of this smartphone’s battery, using the Smart Battery Health Algorithm and Battery Healing Technology.

This is enabled by a dual charge pump, a VFC trickle charging optimization algorithm and a Customised Smart Charging Chip. The battery system is also fitted with 13 temperature sensors that work to detect its charging temperature at all times.

The OnePlus 10T 5G’s powerful SoC is supported by a next-generation 3D Cooling System which is OnePlus’ largest and most advanced so far. This cooling system is comprised of a cryo-velocity chamber, which is the largest vapour chamber in any OnePlus device, with 8 dissipation channels to make sure the phone temperature remains under safe levels even after extended usage. These channels work in tandem to offer twice the dissipation ability compared to traditional smartphone vapour chambers.

The smartphone has been built with a thin and light device form factor, despite which you don’t feel the heat while using it. This has been made possible with the use of 3D graphite which offers 50 per cent improved heat dissipation compared to regular graphite, and copper foil to provide improved performance too. Both these additions ensure that the smartphone remains cool even as it sports a sleek design.

The OnePlus 10T 5G is available for just ₹55,999 for the 16 GB variant. There are special discounts and no cost EMI options running too. Visit your nearest OnePlus dealership or log into to OnePlus.in !

Catch all the Technology News and Updates on Live Mint.
Download The Mint News App to get Daily Market Updates & Live Business News.

* Thank you for subscribing to our newsletter. 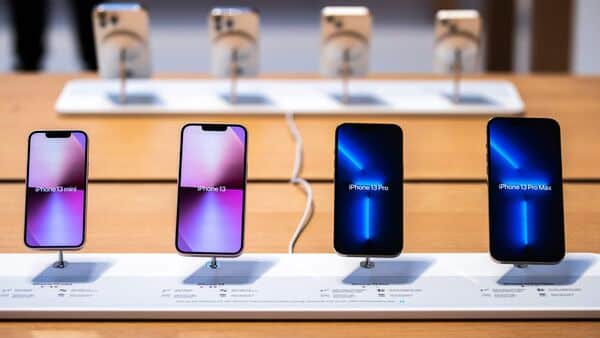 Smartphone sales fall 10% globally in May