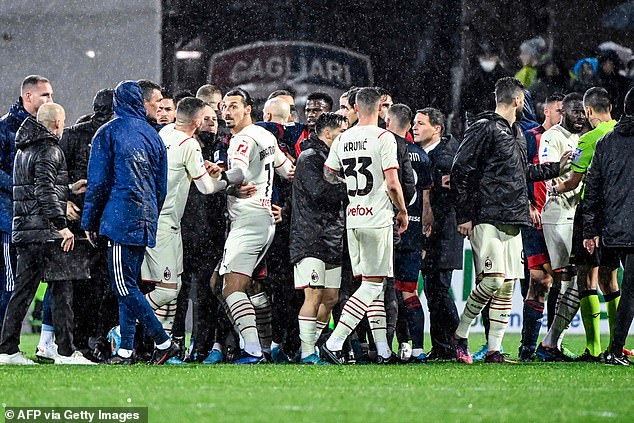 By Jacob Ranson For Mailonline

AC Milan goalkeeper Mike Maignan and defender Fikayo Tomori were racially abused by Cagliari supporters during its 1-0 victory in Sardinia, according to reports in Italy.

A brawl erupted after the final whistle, seemingly because there was some racist abuse from the Sardinian supporters.

Mike Maignan was closest to the Cagliari end and was celebrating at the final whistle with Fikayo Tomori when the insults intensified.

Maignan put one hand to his ear, mocking the ultras and urging them to carry on, which infuriated the Cagliari players, according to Football Italia.

Milan head coach Stefano Pioli said the commotion between the players happened as they made their way from the field, and Mike Maignan made claims he was racially abused by some Cagliari fans.

‘Mike told me there was racist abuse from behind the goal,’ Pioli responded when asked about the scenes at full-time.

‘It’s always sad when these things happen, nobody deserves that.’ 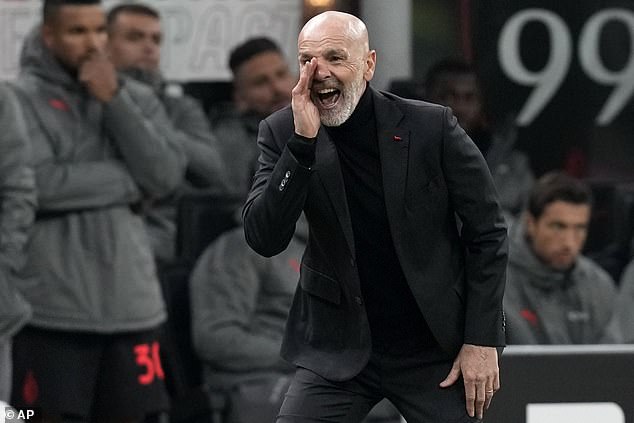 Cagliari striker Joao Pedro said he did not hear any racist abuse and defended the club’s supporters.

‘I didn’t hear anything,’ he said. ‘That is a very delicate matter, but I was basically in midfield at the time.

‘This is not a pleasant situation to talk about, but I have been here for eight years and I will defend the fans because I did not hear anything.’ 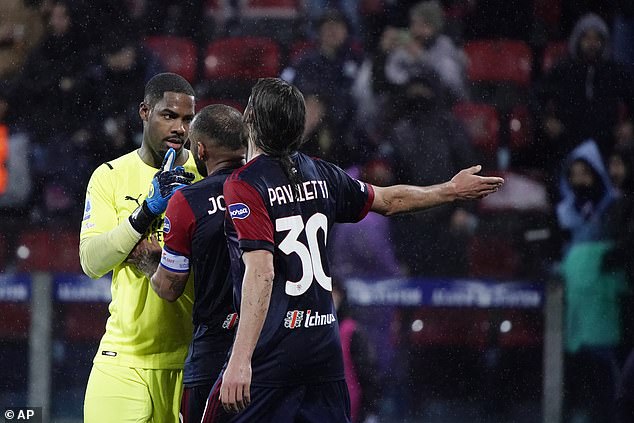 A brilliant strike from Ismael Bennacer earned AC Milan a 1-0 victory at Cagliari on Saturday, as Pioli’s side maintained their three-point lead at the top of Serie A.

Second-placed Napoli’s comeback victory over Udinese earlier on Saturday put the pressure on Milan to respond, but they endured a frustrating first half in Sardinia, wasting several chances to break the deadlock.

It took the visitors until the 59th minute to find what proved to be the winner, and it was worth the wait as Olivier Giroud laid the ball off for Algeria international Bennacer to volley into the net from the edge of the penalty area. 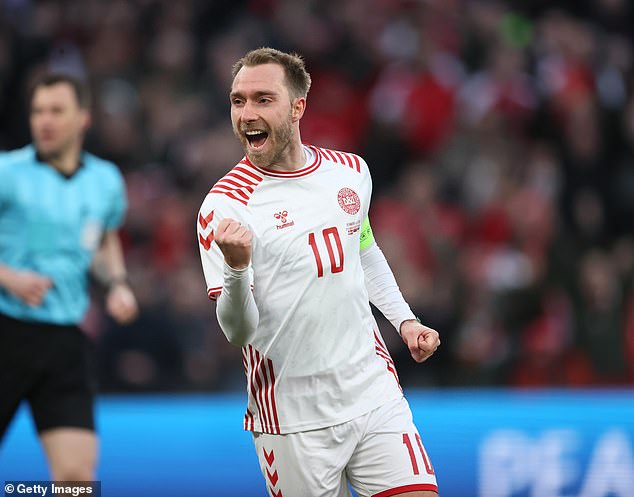 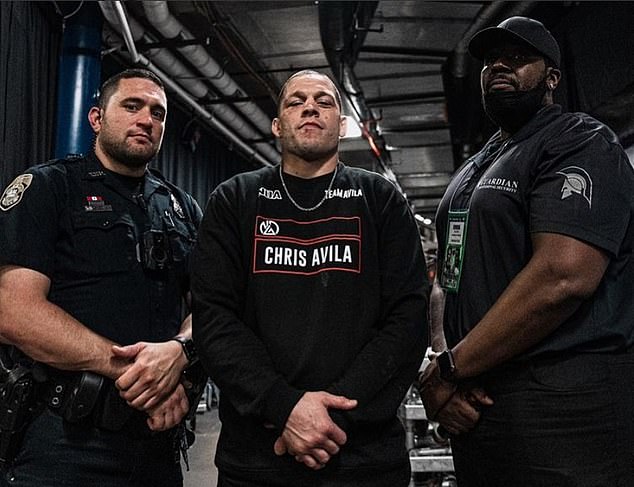 Brown walks away from Bucs; Brady rallies team past Jets 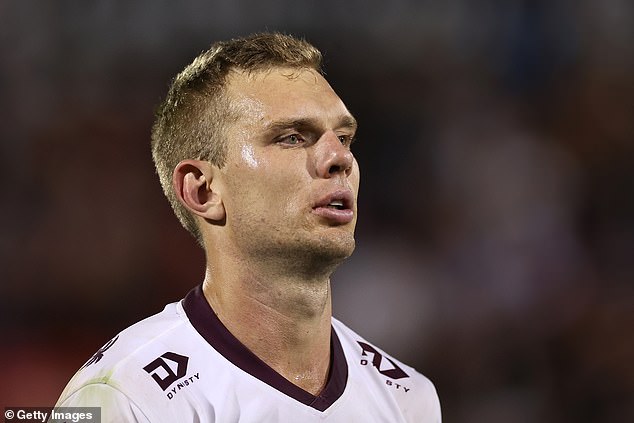 Misfiring Turbo is NOT the problem with our attack, says Manly coach Des Hasler